It was about a month and a couple of weeks ago, was just doing the regular prayers.
Committing and praying about the plans ahead.
Who dont right? 😀
Was asking the Lord about the future, sharing the doubts, asking where to go after my years in Jakarta are finished.

But thats the thing about having opportunities, its really not that easy to decide.
Especially considering Singapore is a good ground and my parents are still here.
So how?

It was a long stretch, been praying about it for a really long time.

So that night, after an interesting encounter, I felt a prompting in the heart, Korea. (nope, dunno if its South Korea or North Korea).

It was like a burden has been lifted off.

Although its clear that it would not be easy.

I went ahead and made plans. Even choosing not to have the refund facility available for flight tickets purchase, (dumb dumb…) so I die die will go.
I purposely chose the flight that had a stopover in Japan.

THEN!
The MERS scare came along.
Not just about making wise decisions (despite of prompting) regards myself,
but also the need to think about the home
and the students in contact.

albeit there is a 3 weeks gap before getting back into classroom.
and that South Korea has one of the best medical and cellphone tracking system
and that the advise was to observe if there were more cases, if there is means initial measures were insufficient, therefore should avoid.

So… me of little faith, I went back to the Lord again… 😀
and as we know, He doesnt answer us as and when we want and His ways are always higher than our ways.

I thought I could do the lots thing to appease myself.

and having been with the Lord for years, I know… He won’t give me an immediate answer. 😀
So I listed a couple of possibility and a blank. 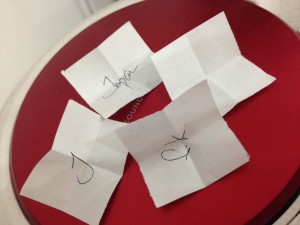 and we know which one I picked: 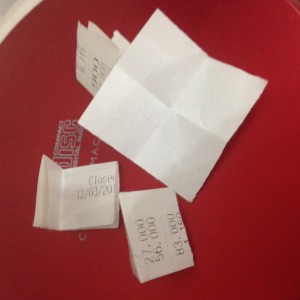