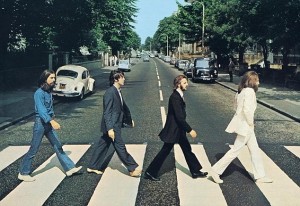 Confused tourists are visiting a docklands light railway station called Abbey Road Station after mistaking it for the site of the famous album by The Beatles.

Baffled holiday-makers turn up at the station – opened in August last year – and wander around looking for the historic zebra crossing featured on Abbey Road album released in 1969.

They have ‘no idea’ they are actually in West Ham in east London – more than 10 miles away from the site of the more famous Abbey Road in posh St John’s Wood in north west London. 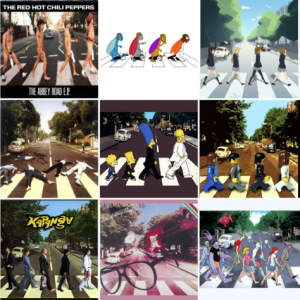 One of those nights,

a friend asked me very innocently “Why are there so many songs about rainbow?”

I answered, “because there are a lot of colours on the rainbow, and colours make people happy.”

and the friend said, “obviously you have not watched the muppet show.”

“The lovers, the dreamers and me.”

They rip and rip and do different covers,

Finally someone combine something to be extra long.

Was he not feeling well?

I got curious about Lady GaGa’s song, one song in particular and I went to urbandictionary what “Alejandro” means.

1. One who can hardly contain his awesomeness as it spills out of him everywhere he goes.

3. Male having an abnormally large member.

A man who keeps calling Lady GaGa’s name to the extent that she needed to write a song to get him to shut up.

Why the name for the song?

So, the information bank says:

With this particular song, she stated “I’m saying goodbye to all my past boyfriends..”. In an interview, Gaga said that each of her songs written for The Fame Monsterwere all influenced by a monster. The monsters all take place in each song; for example, “Alejandro” was influenced by her “Fear of Men Monster“. She confirmed this monster in an interview On the Record with Fuse. In the song, ‘Alejandro’ represents Alexander McQueen, ‘Fernando’ represents Fernando Garibay, one of the producers she worked with on the album and for The Monster Ball Tour, and ‘Roberto’ represents Rob Fusari, an old producer and ex-boyfriend. The lyrics talk about Gaga defending herself against a “harem” of Latin men and has a number of ABBA allusions, including a reference to their 1976 song “Fernando”, which Gaga cited as one of her influences.

You know that I love you boy.
Hot like Mexico, rejoice.
At this point I gotta choose,
nothing to loose.

although not entirely inspired by the minions. 😀

and how on earth is it that they can dance on skating shoes?
Roll Call please:

“Step up” the movie did a fantastic cover on Fred’s “I Wont Dance”, but not sure why embedding wasnt allow. So heres the film version 🙂

Do click on to the “Step Up” movie version: http://youtu.be/4Gt66uDcal4

Was reading about HP Folio 13 Ultrabook’s Media invite when I got reminded of this MythBuster video above.
Can Maria Carey’s Pitch really shutter glass? 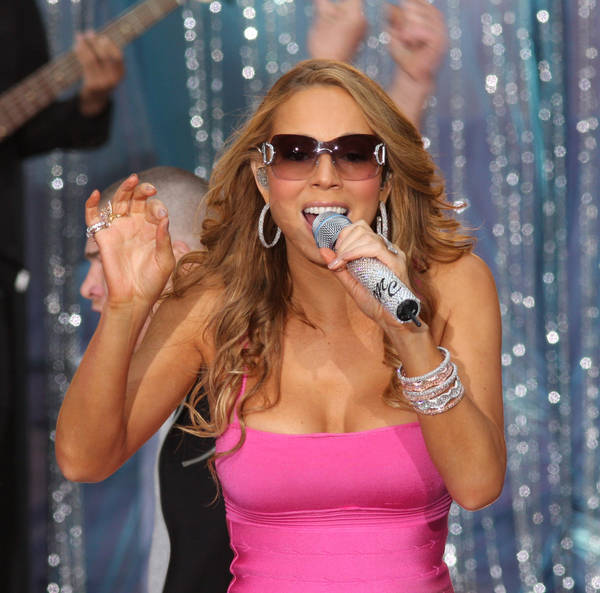 Watch the video and you’ll know whether high pitch can shutter glass.

YES! Its possible, not sure about Maria Carey, but this guy Adam Savage sure can.

So a collaboration between Discovery Channel’s MythBusters and HP

Touch, feel and test the HP Folio13 in quintessential Mythbuster fashion at the Discovery Channel Mythbusters Roadshow 2012 sponsored by HP!

In collaboration with Discovery Channel, HP brings you the ultimate “mythbusting” experience. Expect an enthralling and interactive time, as you step into the shoes of a “mythbuster” and challenge pre-conceived notions about Ultrabooks. HP’s own Ultrabook, HP Folio13 is already getting attention from modern prosumers and is set to dazzle you during this unique roadshow.

Here’s what you can look out for at the roadshow:
• Test the “myths” surrounding the features associated with laptops
• Discover the unique features of the new HP Folio13 in a whole new way: challenge the product’s outstanding battery life, thin and light design and CoolSense technology

Located at Marina Square on 14th and 15th April 2012 Central Atrium, do popby check out the new HP Folio13 and take some photos with them.

Oh oh, and help me and a fellow reader win the Ultrabook!

• Take a photo posing with the HP Folio13 at any of the HP Booths at the event
• Tweet the photo with the following format @avnjl #HPDiscovery
For example:
“Longest battery life for an Ultrabook! 9.5hours! @avnjl #HPDiscovery <Image of Reader at HP Booth>”

For the cat lovers!

Dunno to laugh or to cry.