Got a call from @sidneyreuben to arrange for a meetup, So long no catch up with him, totally miss this young boy… *right… oki… 6mths younger
Anyway, so decided to meetup for a meal then go over to barcampsg to support a friend~ @mhisham

I’m very fascinated by him as a person. hmm… shall not elaborate here, but click here to find out why.
I wouldnt even realize it until… Well, go see go see.

Well, from my short trip there, I gathered this.

is a series of very informal talks

oki, maybe not series, cos there aint exactly like linkage or part 1 or part 2 to it.
Its informal talks by the people that has something to say about that topic.

So you wanna listen to them, (in-another words, help them secure their slots to share) you got to vote for them.

Help yourself to be recognize by putting up a nametag~

Incidentally, when I was there, the good people from tech65.org was recording one of their podcast.
It was on Google in China, HTC Evo and US’s personal website for every citizen. (dont exactly rem is it US or UK)

It was good, sitting round on a table just sharing your knowledge, point of view. Giving valuable inputs and receiving new information which I otherwise wouldnt have even been aware of.

Reminds me of my days as a Radio DJ streaming from Winamp player linking up with MIRC channels *got crowd one hor, dont play play.

Anyway, Click on the Logo below to check out their podcast. The one that I’m involved in probably coming out in the 2nd week of Apr. 🙂

I went roaming around to see if I can get photos of interesting people.

Now heres 2 men that are passionate about their passion!

Sir Jolyon Peter Caplin (Youtube: Unijolyn) who rides on a Unicycle! *can you imagine that!!! The stature on a single wheel!! He came by to spread the news of Science Buskers festival.
and the Court Jester @mikefoong !

catching up outside the rooms~

*the guy in the suit is the guy that runs hackerspace.sg Salute siA! suit in this kind of weather~

So, back to @mhisham’s talk

but the music version~

Amazing I tell you, the kind of songs that @mhisham digs out… *not that I know the songs. But its fascinating how compositions n tunes has evolved.
In as much as the songs of the future seems like just another version of the past, aint that another version what that gives its acknowledgment?

Yes, me being me, I was singing with the songs that were in my era. 😀

some of the topics that caught my eyes:

and a really impromptu one

No, no, no. 😀 nothing too funky. Its afterall an open audience talk.
According to a respectable businessman,

I had to go for my next appointment, so I didnt get to stay.

The whole barcamp thing, its interesting.
it throws to you all different sorts and styles of presentation and topics of all range.

Speaks volume if you are keen on listening.

Special thanks goes to SP and @preetamrai the barcamp organizer.

Sign up to speak and amaze the crowd, or just attend~ rather than just info on tv and the media lines, try something different~

Went over to Sembawang Park to shoot the night sky and morning skyline. 🙂
Lots of shots were “I like what I see.” and really dramatic.

Toggle over to the page here

Thanks for coming by~

Besides people who face up to the truth rather than just sweeping it under the carpet,
I appreciate people who blogs about intimate stuff,
Thoughts that are straight from their heart.

I have a very bad habit. That is, when I befriend people, I become over-zealous in their problems, if and when they confide in me. 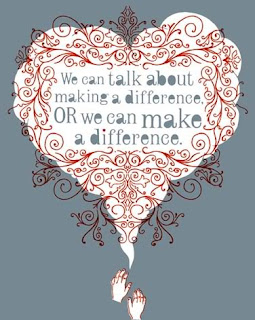 Do you face up to yourself and address issues that you may have (be it privately or publicly)?

A hug doesnt change a problem, A hug makes things easier to cope with.

Took a friend out for a Walkabout at my area, 🙂 didnt realize the place look so different in the late afternoon times compared to how its like at night. 🙂

Just thought that I should remind myself daily, with words, of things that I am grateful, thankful for… 🙂

😀 I know I know the pic is really the opposite,
But I really like Jane’s makeup in New Moon

http://twitter.com/h0lyj
Dont follow if u are not keen on seeing Thankfulness and Hallelujah being tweeted! 😀

P/S: yes yes, im finishing up my assignment, will be putting up proper post soon enough~ 🙂

So probably wont be blogging as much ba~
now that Dayrius is dead, cant even Tumblr on the move…

Check back at later dates ba. 🙂

Thanks for coming by~

Do you remember Wall.E ?

the High-tech KaRanGuNi that threw away the diamond ring and kept the box, that fell in love with EVE, ;D
Photo Source: http://www.pixar.com/featurefilms/walle/

Had this twitter friend @juzferyou who took the photo below:

and can u imagine it was in a setting like this: apparently, he is a photographer~ Click to see his tumblr and his homesite

anyway, that photo of his reminds me of Wall.E and it got stuck in my mind.

Happen to be in school today and walked past these!

Like so similar, such coincidence right!
Of course me being me It would be non-stop shooting action!

I lined them up,
I set them in positions with story line,
etc etc

all taken with my Dayrius!
But guess what… Dayrius is dead now…
First the screen fades out to really low light,
then the batt went flat, and after charging for 1 hour, nothing comes on.

Gonna go down to Comms Centre again tomorrow.
Anyway,
So thankful that I tweet out this last one to cheer a friend up.

😀
Probably might gather them and shoot again if I have the time ba. 😀

I dont get GaGa…
I’m serious.
She is like so non-routine…
I dont remember seeing a normal photo of her.

But still, 🙂 nothing against her.
its not easy in the entertainment industry 🙂
To each its own.

But hey,
you heard about the recent Lady GaGa ft Beyonce video?

Check out @lennel ‘s entry on her video Telephone

🙂 Went out to do a Runwayshoot. Just had to experience it since it was dangling in my face and I’ve got invitation. 😀

Its was an interesting experience i would say. like @GenkiGenki said, “dont worry about the technical stuff, just enjoy urself.

and @inrsoul said abt keeping the other eye open, that was very valuable, cos while I was trying to shoot this model, another model marched right out. WOH!
My head was swinging left and right the whole time (almost) 😀

Was just looking at some other photographer’s album… -_-”
I am so entry level. -_-; *dig a hole and hide

but nvm, I had an interesting time and everyone starts somewhere. 🙂
so heres to share.

Above: I love this shot, 😀 Its called “I Dont Wanna Go To School!” *PoUt!
*Pls pardon the off-focus 😀

Above: This, I called it “In Your Face” *not the model, but the light.

Above: So child-like yet so sexy 🙂

They say models should look good at all angles. Heres the sides. You decide. 🙂

The day started with the glaring skies

Thats the time when it hit the 2nd or 3rd round of the show.

They were singing “Lady GaGa – Poker Face” and the group of audience (below) echoed back!

Above: I wanted to do invert selection on the photo above, monochrome everything else, leaving the model’s color on. But well… aint got no Photoshop software…

It was absolutely stunning! Loved the food and the company~

And it is very different when you have menus like that:

It was all that classic look,
dont expect photos of food like the norm in restaurant.

They give you a list of base (Spag, home-cook,fusilli), main (chicken, fish, seafood, etc) and sauce (cream, tomato, laksa etc)  and You call the shots!

*toggle over to their site to see full menu~

🙂 so trying our luck we rolled the dice~

AND THIS IS THE BOMB!

ya, they use cardboard boxes! *nice touch~

and the drinks was fun~ 😀

Can mix them triple kind! 😀

@mediumshawn had this Milo with Peach 😀

It was HMM…. 😀 *noticed the raised eyebrow 😀

@mggugu had this Strawberry with Redbull, Oh You can imagine 😀

Some foreigns with their drink. Real Zen!

He’s now a rocking cool guy! “In Your Face!”

Join me for my next Tweetup! Once Upon a Milkshake. I’ve got the Taboo game! (and I might be baking brownies too) Come!