Went to watch “12 Years A Slave” and “Mr Peabody and Shermon”. 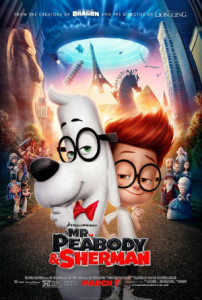 I think Mr Peabody is awesome. and it correctly portrayed how a smart ass scientist (at least in my opinion) is.

If you hear his speech, its non-participative most time.

I think its awesome.

It has very nice storyline and visits many great historical events.

Am most importantly, Im becoming non-participative much too. 😀 (not saying I’m becoming a smart ass scientist).

Perhaps I’m just in my head a lot more. 😀

I finally watched “The Notebook”. Its gazillion years ago. I know. 😀

HBO in my Jakarta apartment, thats why. 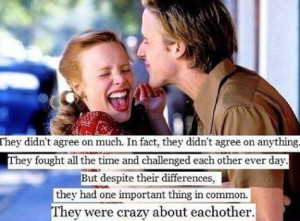 I didnt notice a lot of dialogue, except 2,

ones the one where she was screaming at the mom, talking about her and dad never play. watever watever.

the other one, of course is the guy to the woman:

“Would you just stay with me?
Stay with you? What for? Look at us! We’re already fighting!
Well that’s what we do! We fight! You tell me when I’m being an arrogant son of a bitch and I tell you when you’re being a pain in the ass! Which you are, 99% of the time. I’m not afraid to hurt your feelings, you have like a two-second rebound rate and you’re back doing the next pain in the ass thing.
So, what?
So it’s not gonna be easy, it’s gonna be really hard. And we’re gonna have to work at this everyday, but I wanna do that because I want you. I want all of you, forever. You and me. Everyday.”
― Nicholas Sparks, The Notebook

Its realistic although poetic.

Memoirs of a Geisha

Its fascinating how watching the movie in 2013 gives a different perspective and helps gained new understanding different as per 8 years ago.

Cant recall and neither (oky wait, let me go search…)
oh, I did blogged abt it back then ( woh, I’ve been blogging for that long)..

Just watched the movie Memoirs of the Geisha on Monday. You guys watched it yet?

… (text removed for clarity of entry)

It reminds me of life, not in the sense the everyday life that we are living. But rather this life that we have. This breath that in inhale and exhale continuously.

While we do have the freedom of choices, we have already stepped on this journey that is (not) gonna stop for anything or anyone. Not having the opportunity to say “No, time is gonna stop for me.”

You just have to walk on. Like a Geisha, your sole purpose is to live on ..

So, 2013… Aft the disruption of attending to dad after the movie, and the many things that had happened over the years. I had these thoughts written down:

(a) “Dignity is the prideful way of not being negatively persuasive.”

(b) “Dignity is the prideful, quiet rebellion when accused.”

(c) “Dignity is standing tall and having it all although in the slums.”

What is Dignity?
the state or quality of being worthy of honor or respect
a sense of pride in oneself; self-respect

What is Pride?
a feeling or deep pleasure or satisfaction derived from qualities or possessions that are widely admired

(a) was about positive persuasion, different perspective, tough language, smart usage of words and qualities to gain one’s objective, without the need to stoop low and attempt to achieve with other means such as threat, manipulation of lust and flowery persuasion. — notice the many times Sayori had verbal exchange with Hazimomo, or moving words with Noburu.

(c) Was the post war period when she was working with the Kimono factory, how quick she was in regaining the composure and demeanor of who she was.

The change is pretty profound I feel. While the young me captured thoughts of living life and having control over it. The now-me went further in and looked at character development. The need for dignity, the acts of a person, the language it portrays, whats of the left and whats of the right.

I wonder whats it like perhaps another 8 years down the road and I watch the show again. Hows it gonna be? 😀

P/S: Are you one of those that has been reading since 8 years ago?

Was actually pretty reluctant initially, cos according to the background of the movie, it can really quite mess the mind up. 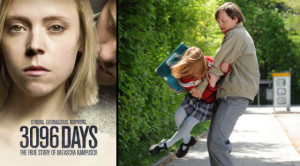 Imagine being taken at the age of 10, as seen in the photo above. Locked away in the basement of basements…

and the kidnapper seems to beget pleasure from saying “Obey Me” at you over the intercom, and does that consistently.
and when you retaliate or disobey, you get beaten up.

Really is quite a messed up show, or is perhaps is the reason why rather than portraying the many other struggle the young girl goes through, the movie portrays a lot more on human resilience.

You got to read the novel or watch the movie to catch what I’m saying. 🙂

It’s not healthy/wholesome. Its definitely not for entertainment alright?

Yucks. Dont understand how a person can be so sick.

“Step up” the movie did a fantastic cover on Fred’s “I Wont Dance”, but not sure why embedding wasnt allow. So heres the film version 🙂

Do click on to the “Step Up” movie version: http://youtu.be/4Gt66uDcal4

Went to watch The Sessions the other day.

That man with Polio.
How did girls fall in love with him?

Simple.
1. He makes girls laugh.
2. He is giving, of the little that he has.
3. He is simple, which makes it so easy for people to fall in-love with.
4. He needs to be taken care of, like it or not being able to take care of someone is a realisation of a human’s self-actualisation need.

And in the surrogate’s case,
There was affection, selfless-ness in the love makings and his poetry touches.

“Let me touch you with my words
For my hands lie limp as empty gloves
Let my words stroke your hair
Slide down your back
And tickle your belly
For my hands, light and free flying as bricks
Ignore my wishes
And stubbornly refuse to carry out my quietest desires
Let my words enter your mind
Bearing torches
Admit them willingly into your being
So they may caress you gently
Within”
— Mark O’Brien – Love poem to no one in particular

Mark O’Brien: What happens when people become attached for each other?
Cheryl: You can leave it as love and attraction or you can make things complicated … Watched the later half of Pretty Woman on TV recently.
And I thought I really should buy the DVD.
Its nice, and I really would like to own a piece of that sentiment.

Although ultimately its very simple, its about love, or falling in love,
theres so many message beneath it.

“yup, it’s that straight forward. but also comes the part of social status, one’s demeanor and one’s character, how it influences the other and changes his life.

it’s like opposite attract, but these opposites are very extreme.

and then again, so much for analyzing the characters and plot, its ultmately..

I look forward to the day when I will stand like that, with these blings. And walk beside a man that truely deserve my companionship.

“like the rich guy, the heart is truly in love. But the lifestyle, the mindset, is not ready to be aligned with what is expected of him. Until he decides to take action.

and who would be like the girl, ready to give up the ready luxuries, to go and chase for the unknown, or what that might have an inkling of the present lifestyle.”

Did a movie marathon last weekend, watched 2 movies back to back. 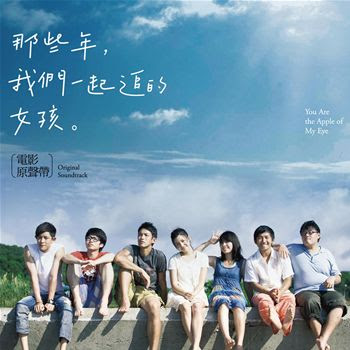 Have you watched this? Please tell me yes..
If you hadnt, try to find some way to watch it k? 🙂

END_OF_DOCUMENT_TOKEN_TO_BE_REPLACED

3 More days to Burlesque, have you made plans to watch it yet?

burlesque |bərˈlesk|
noun
1 a parody or comically exaggerated imitation of something, esp. in a literary or dramatic work : the funniest burlesque of opera | [as adj. ] burlesque Shakespearean stanzas. See note at caricature .
• humor that depends on comic imitation and exaggeration; absurdity : the argument descends into burlesque.
2 a variety show, typically including striptease : [as adj. ] burlesque clubs.