I’ve been meeting and interacting with a couple of guys from the IT industry these days. Those of position, not the data entry kind. (not that I’m belittling some, this distinction is necessary for the purpose of the entry). (although surprisingly, I.T Guys does not have a particular body type. They are either normal or overly plus) 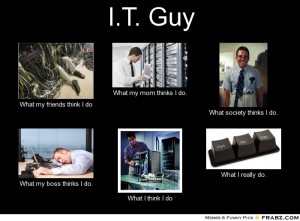 So… one was really random, met on the plane ride, the other was currently the longest Indon-friend I have and another was from online. (and many others that aint exactly at the back of my mind).

I realise one thing, they are all overly stimulated. (So poor thing, not that its a bad thing, cos I am like that).

Because their line of work requires them to analyse perhaps massive data, and I would assume deal with codes and system flows at times.

That rolls into the effect of having the constant need for intellectual stimulation. (I do think they would talk nonsense too, just that I hadn’t had a taste of it yet).

That guy on the plane was super fidgety. We could be chatting and then lapse into a brief period of silence, and then there will be another come back not on the surface of a topic, but of content obviously from after analytics (could be of a new topic or the current topic). Other moments he will be touching the magazine, his passport, the food tray (which I’m guilty at times too) and well, doing other things that I didn’t notice as I probably would be asleep. 😀

and the other guy. He is the master of “Why”. Tracing downwards, getting to the roots. Spilling random facts, (trying) to proof that he is very knowledgeable. Intrigue you with new thoughts, sharing that he is reading this certain book, economics, politics, control, power, current situations. Its just… the whole time. I just laugh at him. The whole time.
😀 okay lar, got giggle and chuckle too.

and of course that longest-known-IT guy friend, I asked for verification, and he agrees, people in the IT line tend to analyse things a lot. 😀

I jokingly agree with the longest-known-IT guy friend, that I should hang out with an IT guy. Let him provide the mental stimulation that I crave.. 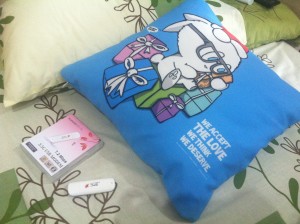 This magical device is called “Huawei Mobile Broadband E173”, It is very simple.
So simple that I need to figure out more menus to access the net from my mobile phone. 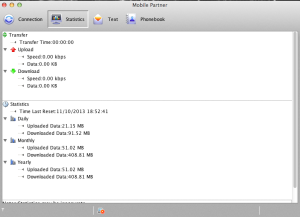 thats like the most “wordy” screen of them all..

I can surf the net from home now! 😀
*Muahahaha!

and.. well, while I don’t have a soft toy, I think this Random Doodles’ cushion is fantastic.
and indeed, “We accept the love we think we deserve”.

Check him out on Society 6~

Major drool sia..
Its seriously very sturdy and I feel it’ll work pretty well for hardcore workers! and its not very expensive too.

Jiggle over to find out more about it’s specs~

Less than 1 month to go and Mother’s Day is around the corner. HOW!

Like that lo.. Cos Everyday should be Mother’s Day mah. 😀

Anyway, been receiving lots of flyers and ideas of Mother’s Day gift so thought I could pick up some ideas and share.

For those that are going abroad to study, The HD Pro Webcam C920 captures full-HD 1080p video and thanks to its H.264 advanced compression technology, you can now upload full-HD 1080p video clips or 15MP photos quickly and with one click sync them to Facebook, Twitter™ or YouTube™. Coupled with Logitech Fluid Crystal™ Technology and a Carl Zeiss optics with premium 20-step autofocus (Logitech’s smoothest, most responsive autofocus yet) , the result is a faster, richer, smoother and sharper video calling experience. The webcam is perfect for both personal and professional use.

I grew up with Logitech’s keyboard and although its over 6 years, the portable/external keyboard is still faithfully serving my brother with his desktop. 🙂 Might be worth the while buying that for your mom should you be going abroad to study and she wants to do webchat with you.

Was just watching TV the other day and the Dell XPS 13 Ultrabook commericial came on. I am very IMPRESSED.

I think if I’m a mom, I’ll be so happy if my child bought that for me. Be it just to help my husband handle some paper work, preparing financial statements for the home or even entertainment while doing housework, I believe the Dell XPS 13 Ultrabook will pimp up the whole experience.
In-fact this entry is worked on from my Inspiron 13z. Good stuff!

and how can I not mention that stubborn-fat-reducing wonder!

IF your mom works in an office and has to sit down often, do consider the OTO e-shape.
I bet her colleagues will be all excited and wants to find out more from her. A little attention certainly will brighten up your mom’s day 😉

For those mama that are more social-minded and very much health conscious,
Why not register her for the Bare-Your-Sole walk? Its a little gift in advance.

Happening on 2nd June, you can plan in advance, set aside the date in advance and take the mama out for a bare-footed walk.
Its a good family event, and mama can be proud that her child cares more than just what’s within the comfort zone.

A FUN-FILLED EVENT FOR THE WHOLE FAMILY

Everyday, people in developing countries & disaster-stricken places make their way through these undesirable conditions – barefoot. The Habitat-Barclays Bare Your Sole 2012 barefoot walk is an initiative that lets us all support these children and adults who live in dire conditions, raising much needed funds for projects to improve these people’s living conditions by building homes and fighting poverty.

What about the moms who are just housewife? Well, on top of the OTO e-Shape.
Try the Happycall Pan. 🙂
I would think its useful and perhaps helps prepare healthier cuisine.
From what I see in my friend – Cuisineparadise’s site, seems like there are plenty of recipe and nice dishes one can come up with from the Pan. 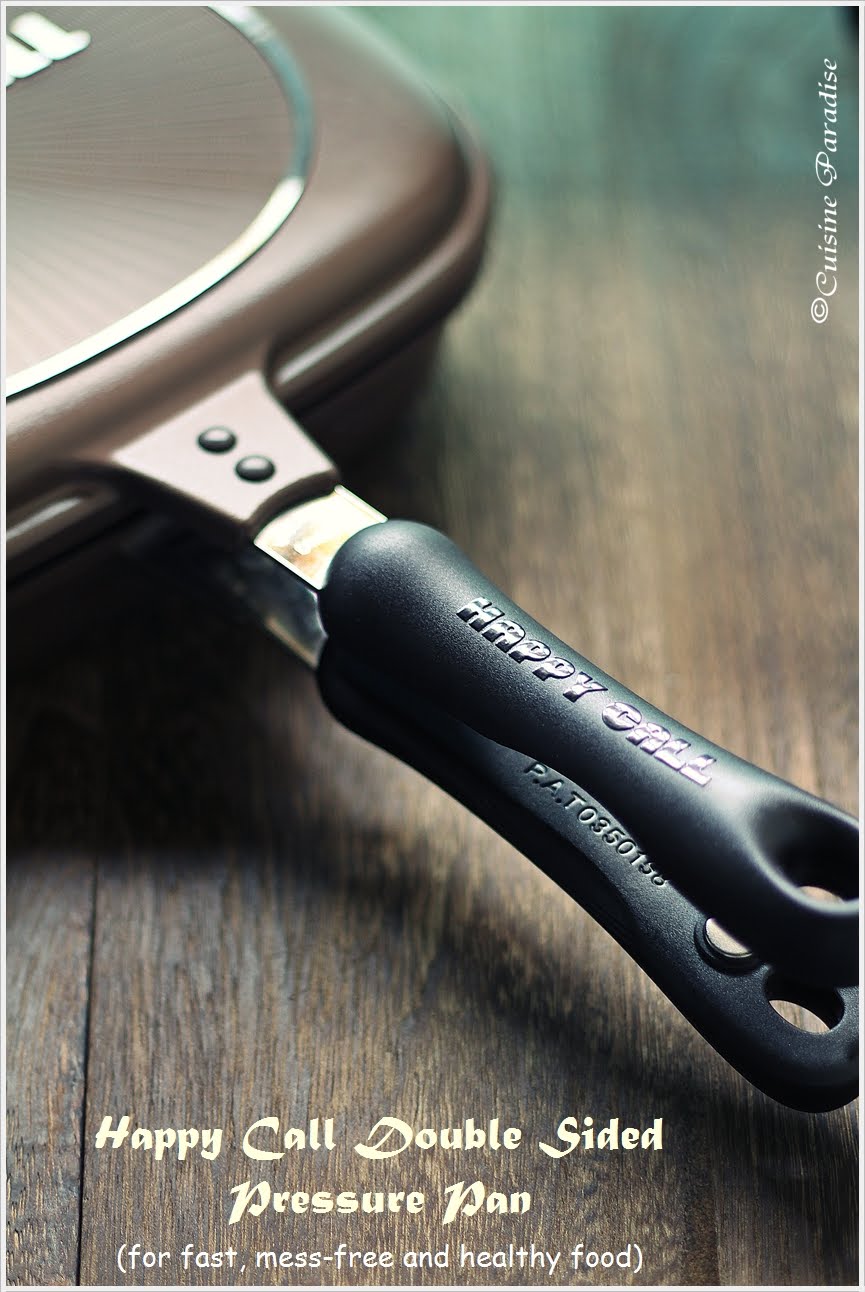 Cuisineparadise’s site is the site to go to because apparently the merchant ripped her photos to promote their product.

Anyway, be participative, spend time and cook with the mom. Spend time with her.

My mom always smile when I serve her a cup of water. 🙂 When was the last time you did that?

Thanks for coming by, Oh and Happy Mama’s Day in Advance!

Was reading about HP Folio 13 Ultrabook’s Media invite when I got reminded of this MythBuster video above.
Can Maria Carey’s Pitch really shutter glass?

Watch the video and you’ll know whether high pitch can shutter glass.

YES! Its possible, not sure about Maria Carey, but this guy Adam Savage sure can.

So a collaboration between Discovery Channel’s MythBusters and HP

Touch, feel and test the HP Folio13 in quintessential Mythbuster fashion at the Discovery Channel Mythbusters Roadshow 2012 sponsored by HP!

In collaboration with Discovery Channel, HP brings you the ultimate “mythbusting” experience. Expect an enthralling and interactive time, as you step into the shoes of a “mythbuster” and challenge pre-conceived notions about Ultrabooks. HP’s own Ultrabook, HP Folio13 is already getting attention from modern prosumers and is set to dazzle you during this unique roadshow.

Here’s what you can look out for at the roadshow:
• Test the “myths” surrounding the features associated with laptops
• Discover the unique features of the new HP Folio13 in a whole new way: challenge the product’s outstanding battery life, thin and light design and CoolSense technology

Located at Marina Square on 14th and 15th April 2012 Central Atrium, do popby check out the new HP Folio13 and take some photos with them.

Oh oh, and help me and a fellow reader win the Ultrabook!

• Take a photo posing with the HP Folio13 at any of the HP Booths at the event
• Tweet the photo with the following format @avnjl #HPDiscovery
For example:
“Longest battery life for an Ultrabook! 9.5hours! @avnjl #HPDiscovery <Image of Reader at HP Booth>”

Went by to Epson’s new projector’s launch the other day, pretty impressed with what I see. 🙂

Ya man, this guy is presenting to us using his iPhone.

Above being compatible with Apple products, what caught me was the 10watt speakers, and make that two. Wah… I sure would like the idea of plug-and-play from my Marilyn when I reach home, continuing the current playlist. I love my Shure ear phones, and having quality sound heard from all areas of the house.

END_OF_DOCUMENT_TOKEN_TO_BE_REPLACED

Went by to the Dell XPS 14z launch with some very nice friends recently.

END_OF_DOCUMENT_TOKEN_TO_BE_REPLACED

I know you love me right?
Right?

…. Bear with me while I indulge in my wants…

super funny sides of Jerrick. Enjoy!
*stay till the end of the video for the funny bits!

END_OF_DOCUMENT_TOKEN_TO_BE_REPLACED

Singtel’s Casting Call! $10,000 + Contract to be their youtube broadcaster, covering Events, Latest Happenings and Tech! Do you have what it takes? 😀
*Females only~