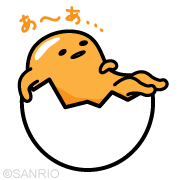 I never liked children toys to classroom. Neither would I ever thought I would allow my own child to bring toys to lesson or bring “comfort” toy out of house. This particular incident in class taught me something that day.

I’ve a really smart but not especially outspoken girl in class. She usually keeps to herself. On the other spectrum, I’ve a girl who’s a little playful, not as bright, but still excelling academically. Lets call the former Jacinta and the other Jenny.

The past few lessons, Jenny would request to do group work and being the only two girls in class, Jenny would naturally want to work with Jacinta. Jacinta isn’t very open. Discussion doesnt really work out. They’ll look through each other’s ideas mostly in silence and while it worked out academically, it didnt quite push through orally or in interpersonal relationship ways.

Came that particular week’s lesson. It was twenty minutes before lesson and Jenny arrived in class. She would usually come with a cupcake but didnt this week. I asked her why. She pulled out some soft toys from her little bag and explained that she is saving money for her little soft toys. It was no matter to me since its before class and they are free to play with their stuff.

Jacinta arrived with a Gudetama egg in her hands. Those kinda egg-shaped toy that could be split apart horizontally. I was curious as normally she would arrive and sit quietly by herself, either reading a book or resting. I asked her what was inside and she popped it open to show me its an box thingy and two other items inside. I smiled and she smiled back.

Jenny got excited and came over as she was curious as to what is Gudetama and what Jacinta brought. For a good part of that twenty minutes, they spent time role playing and squeezing the little soft toys into the egg. It was nice seeing Jacinta opened up a little.

Soon it was lesson time. Jenny went back to her seat and I started the lesson. We were almost done with the first task, when I noticed some of Jenny’s toys peeking out from under Jacinta’s pencil case. “Haiyo, Jenny! What are your soft toys still doing on Jacinta’s table,” I exclaimed. Jenny laughed and walked over to Jacinta’s table to take it back. Jenny said “They are so cute!!” and started squishing them against the Gudetama egg. A huge smile came across Jacinta’s face.

That was a breakthrough moment.

We moved on to another part of the lesson. Again group or pair discussion. Lo and Behold, although conversations between the two girls were not loud and roudy as the other groups, there was a significant change. It was nice to see the two girls conversing more and exchanging ideas. Them talking about their story plot and whose idea to take up or whose parts were better.

yea.. still no playing of toys in lesson, but okay, I’ll let them bring it along. Or in my case, let my kids bring them along.