Happened to be watching Channel News Asia and the clip on Titanic’s artifact’s auction came on. 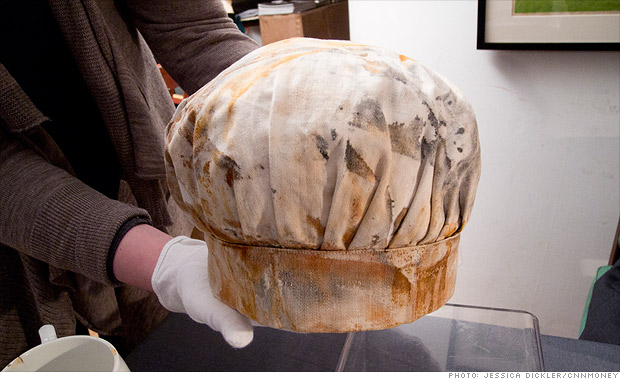 This baker’s hat belonged to William Hine, a third baker on the Titanic. His name is embroidered on the brim.

When I saw this hat, I was like “Oh its so puffy.” and then “Why would anyone wanna bid for that?”
Well, the person can be a very wealthy and influential Baker or a big Somebody in the Pastry industry.

But what really strike me was, “Perhaps its about having a piece of History.”
or just having experienced a part of it.

Its no big deal. In-fact (having experienced a part of it) is not a need, its just a want.

It’s like the other part of life. The idea of “art” in a person’s life. Appreciating the aesthetics.

So I’ve read about Titanic (non-fiction books), sang about Titanic in Campfires and watch the “You jump I jump” in the movies. But I havent really experience it. Like seeing it physically, like being in the atmosphere of it. Feeling it.

Then I got reminded, “Hey! Artscience Museum at MBS got Exhibition, I can go and see that.”

Thanks for coming be