Foreground:
Was looking through 9gag and this picture came up: 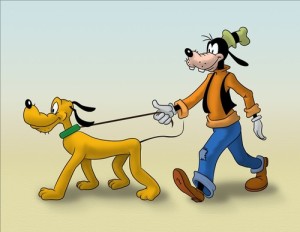 It was captioned “We are all born equal, some more equal than others.” and that strike me. Where did that saying start from? What does it mean? What was the writer to say? Go google “Animal Farm” by George Orwell if you were like me. Its about the abuse of collectivism amongst the common.

While we live in a meritocracy, democratic and fair society, can you see how the “Animal Farm” has quietly creeped in? 🙂

But here here, theres no one to blame except urself, because theres freewill and choice even in the most oppressed of situations.

Here’s a little read that presents another angle of itself. 🙂

Altogether Now, by Cassiestar
(http://www.experienceproject.com/stories/Write-Stories/2329917)
I was walking through town, killing time, the other day.

I walked past the sombre church, where three girls in drab uniforms, were sitting on the small, stone wall, eating pasties. They didn’t say much. I caught something about boyfriends, or husbands. Not one of them was smiling.

I went into the mean, colourless, shopping precinct. I passed a couple of empty, vacant shops. One of the windows was boarded up. I went into the bargain shop to waste a few more minutes. There were two pensioners, probably husband and wife, who were looking at, scrutinizing some sleeveless shirts, compairing the different prices.

“I’ll have to wait a couple of weeks,” moaned the podgy man. “You know we’ve got the gas and electricity to pay. That’ll cost us an arm and a leg.””But you’ve got to get something,” argued his wife, pleading more than complaining.

“You’ve been wearing the same shirt for the last three weeks. Every time you go to the old age.”
“I know, but its only once a week,” protested the husband, not raising his voice too loudly, knowing his wife was trying to be helpful.

I left the bargain shop.

I went into the supermarket. It wasn’t much bigger than a postage stamp, but the prices were reasonable, damn reasonable.

I was surprised how many people were in there. It was pretty full. Parents and children. Mothers struggling with nimble kids. People checking the coins in their pockets, their purses, making sure they had enough, for bread, milk, or whatever they fancied but couldn’t really afford.

There was a couple in their late forties, looking at packs of ham, bacon. “It’s either this, or the lottery tickets,” said the man adamantly, waving a pack of gammon in front of the woman.

“All right love,” sighed the woman loudly. They moved slowly away. He placed the gammon firmly, neatly on top of the other packs. She pushed her grey hair away from her tired eyes…

I got to the checkout. There was a lad about seventeen, trying to buy a four-pack of cider.

“Are you old enough?” demanded the fleshy, threatening woman on the till. I noticed the tattoo on her arm. It was a flower or a bird. I glanced at the lad.

“Old enough,” swaggered the lad. “I’ll be twenty-six next birthday.” He grinned a brazen grin.

“Bugger off,” said the woman, waving her tattooed arm. She looked and sounded angry. “Go on, bugger off.” She waved her hand frantically, furiously. She pointed, thrust a finger in the direction of the way out automatic door. “Out!” She stood up, jabbed her finger – like a dagger to the heart. “Get out!” She almost fell back on her chair.

The lad cursed loudly, threw the four-pack back on the conveyor belt, and stormed out of, kicking over a potted plant as he left the supermarket.

I got outside, frowned and shook my head. “Nutter.” I said to myself. I walked along, not noticing much, until i left the shopping precinct.

I could hear raised voices. I stopped, turned around. There was a man and a woman outside the Workingmans Club. They were shouting and ranting. Both were in their late twenties, early thirties. She wore an orange T-shirt and black leggings. I couldn’t honestly say what he was wearing. he was moving backwards, forwards, like a caged tiger. (I think he wore jeans and a polo shirt).
He was cursing like a navvy, his face a blood pressure red. He threw something, it looked like a bunch of keys, at the woman. They hit her hard. They fell, clattering, in the gutter. He kicked, then almost punched the Club door open, still swearing.

She was crying – I could see her wipe the tears away – as she picked the keys up.

I walked away, thinking of the words we are all born equal. Some more equal than others, I mumbled, slowly shaking my head.